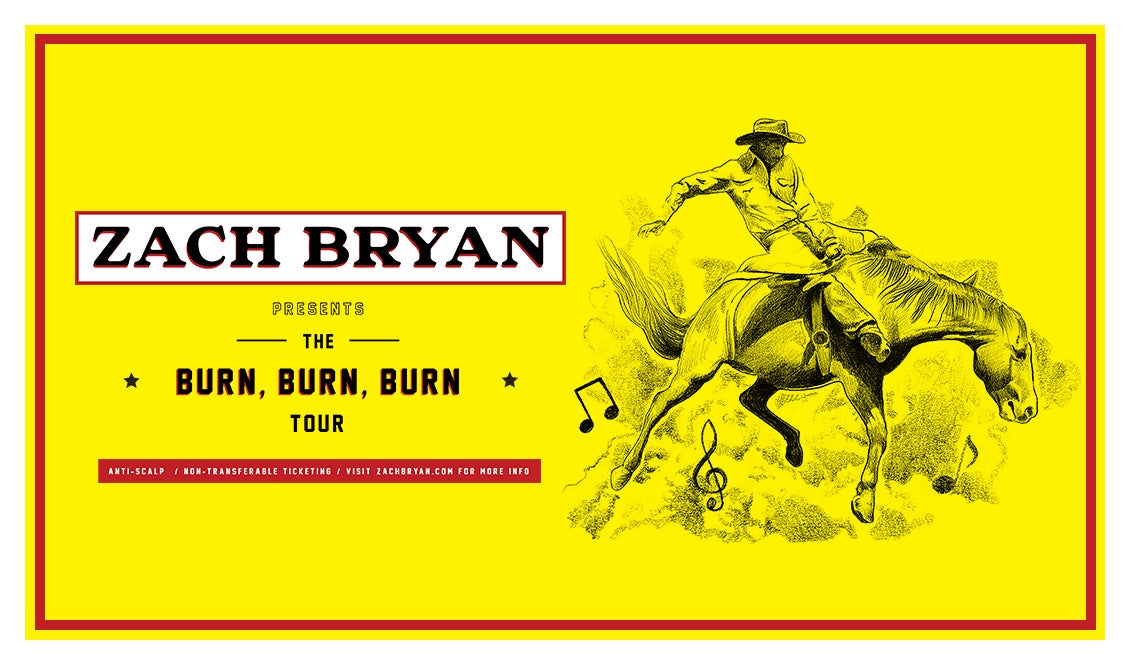 January 19, 2023 (Los Angeles, CA) – GRAMMY® Award-nominated rising country superstar  Zach Bryan returns to the road in 2023 for the Burn Burn Burn North American Tour, his biggest tour yet. Throughout the summer, he will headline some of the nation’s most popular arenas and amphitheaters coast-to-coast along with festival appearances. This massive run kicks off on May 10 at John Paul Jones Arena in Charlottesville, VA, and comes to a close at T-Mobile Center in Kansas City, MO on August 30. Last year, each date on his AMERICAN HEARTBREAK tour sold out in minutes.

Register for the chance to purchase Zach Bryan tickets via Fair AXS at www.axs.com/zachbryan. After the Fair AXS registration period concludes on January 29 at 10pm ET, AXS will work to ensure any suspicious, fraudulent, and/or duplicated registrations are removed. Fans who are randomly selected to purchase tickets will be notified via email, starting on February 13, with all pertinent information for them to complete their purchase, subject to availability.  Tickets will be sold on a first-come, first-served basis and an invitation email for the chance to purchase tickets does not guarantee tickets will be available.

Tickets purchased through AXS cannot be transferred or resold for profit. If a fan can no longer attend a show, tickets can be sold on the Zach Bryan AXS Marketplace for face value to another fan. For the non-AXS ticketed events in London, Philly, Nampa and Wichita, tickets purchased cannot be resold.

Bryan’s chart-topping 2022 triple album, AMERICAN HEARTBREAK, has become a critical sensation that continues to garner global accolades and unstoppable momentum, appearing on numerous Year-End Best Of 2022 lists, and emerged as the “#1 Country Album on Spotify for 2022 and has spent the past 104 consecutive days on Spotify’s Today’s Top Hits chart. To date, AMERICAN HEARTBREAK has accrued over 3 billion streams globally and has been RIAA certified Gold in the US and Canada along with Gold certified single “From Austin,” Platinum certified single “Heading South,” and now double-Platinum certified single “Something in the Orange,” which is currently on Billboard Top 10 Hot 100 chart.

This past December 18, Bryan and his band appeared on the smash television series

Yellowstone (Season 5 Episode 7), performing “Motorcycle Drive-By” and “Summertime Blues,” from his SUMMERTIME BLUES EP, while “Quittin Time” also graced the soundtrack. “The Good I’ll Do” and “Tishomingo,” have been heard in previous episodes and immediately ascended to the top of the Shazam chart in various locations around the world.

Hailing from Oologah, Oklahoma, Zach Bryan has quietly gone from serving in the U.S. Navy to rising to the forefront of country as a captivating storyteller, tried-and-true performer, and once-in-a-generation voice without comparison. After grinding it out independently and building a devout audience one fan at a time, Bryan signed with Warner Records and arrived as country music’s brightest and boldest star, and to date has tallyed over 3 billion global streams.  He notably earned Gold certified singles “Condemned”, “Letting Someone Go,” and “From Austin” plus platinum single, “Heading South” and now double Platinum “Something in the Orange.” The latter also garnered a 2023 GRAMMY® Award nod in the category of “Best Country Solo Performance,” and made former US president Barack Obama’s Favorite [25 Songs] Music List for 2022. His third and first studio album for Warner Records album, AMERICAN HEARTBREAK, bowed at #1 on the Billboard Top Country Albums Chart and in the Top 5 of the Billboard 200, enshrining it as one of the most successful country album debuts in the genre’s history. Bryan also topped the Billboard Country Songwriters Chart at #1. Simultaneously, AMERICAN HEARTBREAK, emerged as the “#1 Most Streamed Country Album on Spotify” for 2022. The record closed out a banner year at #1 on The New York Times “Best Albums of 2022” and Billboard’s “Best Country Albums of 2022,” and attaining RIAA certified Gold  sales status in the US and Canada and will soon be certified Platinum. The hit single “Something In The Orange” graced year-end lists by NPR, Associated Press, The Los Angeles Times, Rolling Stone, Consequence, SLANT  and many more. The song has become a global hit charting in Australia, New Zealand, UK, Ireland, Norway and Sweden.  Bryan’s AMERICAN HEARTBREAK Tour sold out every show which included headlining theaters and amphitheaters coast-to-coast and performing at prestigious music festivals such as Lollapalooza, Austin City Limits, and Stagecoach. He chronicled his November 2022 Red Rocks Amphitheatre stop with his first-ever live album, ALL MY HOMIES HATE TICKETMASTER (LIVE FROM RED ROCKS), released digitally on Christmas Day 2022 as a heartfelt “Thank You” to his fans. Bryan and band performed “Motorcycle Drive-By" and “Summertime Blues" on the hit TV series Yellowstone season 5, episode 7, (Dec 18, 2022) which also featured the song “Quittin Time.”  “The Good I’ll Do” and “Tishomingo,” both featured in previous episodes immediately reacted in a big way globally on Shazam. At the top of 2023, Bryan scored his First #1 on Billboard Hot Country Songs and is presently climbing the Top 10 on Billboard’s Hot 100 chart with “Something In The Orange,” plus ALL MY HOMIES debuts on Billboard’s Top Country Albums chart. Expect more new music from Zach Bryan this year. 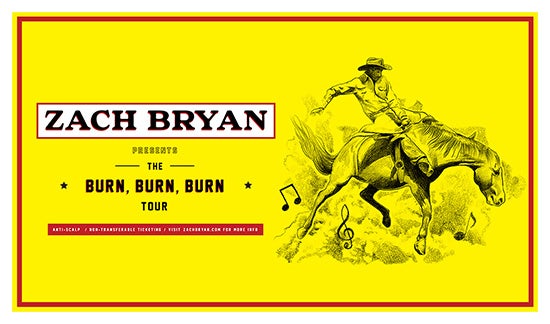