THURSDAY WITH CHICAGO IN TOWN

LOS ANGELES (November 9, 2022) – The LA Kings and USA Hockey today announced the ‘Rivalry Series’ – featuring the women’s national teams from the United States and Canada – is coming to Los Angeles near the end of the year.

Tickets go on sale to the public Monday, November 14, beginning at 10AM PT. To purchase tickets, which start as low as $20, visit AXS.com.

Portions of the proceeds from the game will benefit the Kings Care Foundation, specifically programs to grow and support girls hockey in Los Angeles.

This will be the first stop in Los Angeles for the Rivalry Series, which was established by USA Hockey and Hockey Canada in 2018 to showcase the two powerhouse women’s hockey programs.

This is the first time the Kings are involved in this Rivalry Series, and we look forward to hosting the top women’s hockey players in the world today as they showcase their skill and love for hockey in our home arena,” said LA Kings President and Hockey Hall of Famer Luc Robitaille.

Said Manon Rheaume, LA Kings Hockey Operations and Prospect Adviser and former Olympic medal-winning goalie from Canada: “It's exciting to have the chance to host one of the best rivalries in hockey.  As we continued growing the game of hockey in California, exposing young girls to the best female hockey players in the world will inspire them to get involved in the game.”

Today’s announcement comes one day before the Kings host the club’s annual Salute to Service game at Crypto.com Arena.

The 2022-23 Rivalry Series includes seven games in locations throughout the U.S. and Canada. Four locations have been previously announced. For the most current information on the Rivalry Series, visit usahockey.com. 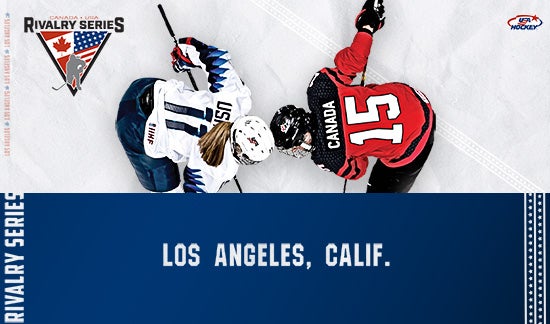